"Are we - as we approach to the one hundredth anniversary of the 1916 Easter Rising - to foist compulsory English in place of compulsory Irish in the state system of this country?"

At an event in Dublin on the 3 September 2013, the Coimisinéir Teanga, Seán Ó Cuirreáin  officially launched Coláiste na hÉireann and its first course, a Postgraduate Diploma in Translation. Coláiste na nÉireann is a new third-level institution founded by the organisation Gaelchultúr. 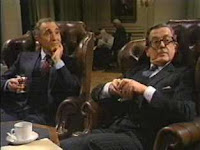 In June 1928 the then Minister of Local Government & Health, Risteárd Ua Maolchatha, introduced Legal Instrument (No 23 0f 1928) which specified that any local or health authority employee with duties in the Gaeltacht (Irish speaking area) be given three years to learn sufficient Irish to be able to perform their duties in the local language. If they failed to do this they were to be let go.

In 1944 Seán McEntee, the thne minister with these responsibilities strengthened the scope these provisions (No74/1944) with the same three year period as in the first instrument. This means that there was a legal mechanism in place to ensure that people were enabled to transact their business with the state in Irish. 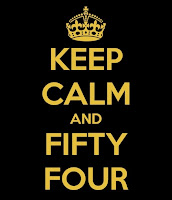 Research by the Office of the Coimisinéir Teanga has discovered however that these provisions were never implemented. The fact that they were never implemented would indicate that they should be riscinded but in fact they never were, indeed what happened, in the words of the Coimisinéir, was far more cynical. As a target date approached a new instrument was signed which postponed it for a further six or twelve months. Research of the State Papers indicates that this happened not once nor twice but at least fifty four (54) times between 1928 and 1966. Surely an exercise in cynicism, deception and long fingering!

In further research his office has investigated the background to Richie Ryan's announcement of the abolition of the requirement of proficiency in the National Language for applicants to appointments in the civil service in 1974. At the time he proclaimed to the Dáil (27 Sept 1974) "...there will be no weakening of Irish in the civil service and there will be a greater desire to use it because of the ending of compulsion..." (The Comisinéir has commented on this as reported in "Richie Ryan decision made language marginal" 4/2/2011). This in fact did not reflect the true position of the Government or the Civil Service.

The reality as revealed in papers now available under the 30 year rule at the National Archive. The Comisinéir  has seen these himself and slightly incredulously quoted from some of these in his address. From these papers it is clear that considerable pressure, if not influence, was exercised by certain civil servant trade unions, activists for people in Northern Ireland and the Language Freedom Movement (LFM) - a group which was strongly inimical to the State's role in promoting the use of Irish - papers from this group are preserved in the Hardiman Library at NUIG..

The minister (Ryan) himself wrote on the use of Irish in dealing with the public who wished or required to use it in dealing with the State bodies‚"There has been legitimate criticism that this responsibility has not always been discharged. The position will tend to worsen if staff without Irish are recruited."

A senior Civil Servant somewhat prophetically warns that the removal of the language condition "...could lead eventually to a situation where few, if any, civil servants would have any knowledge of the language and it would almost certainly make it impossible to provide staff in sufficient numbers to deal with those who...would be entitled to expect to be able to conduct business in Irish with Government Departments and Offices..."

Perhaps the most cynical is the remark of another, very hostile to Irish, civil servant which dismissed the efficacy of the additional points supposed to assist the Irish speaking applicant for a position. "In most cases, the interview board will make certain, through the marking system, that the candidate who, to them, is best qualified for the job, irrespective of his knowledge of Irish, will get it...."

The Taoiseach of the day (Liam Cosgrave) although fully supportive of the new regime showed that he did understand what was being done. He said, "..that the abolition of the requirement might cause some difficulties in regard to the Constitutional position of Irish as the first official language of the State and might lead to a situation where few civil servants would be able to conduct business in Irish with those members of the public who would wish and would be entitled to do so..."
We now know the pitiful result of these decisions and provarications.

The Civil Servants appointments procedure has (in the judgement of the Coimisinéir Teanga) consistently misinterpreted the points system which Richie Ryan stated would ensure a renaissance of Irish usage in the Government. It has led to the situation in the Department of Education where only 1.5% of the administrative staff are capable in the language. One shudders to think what the position in other Departments might be.

The civil service have made their position clear in a recent (November 2011) appearance before a joint Oireachtas committee. A judgement made by the Language Commissioner on the procedure in appointing points to applicants for positions with regard to language found the procedure illegal. The representatives of the Civil Service explained that they disagreed with his decision because that was the way they always did it! Sir Humphrey Appleby lives on!

The new language act is being formulated at present and in his address Seán Ó Cuirreáin asks, "Are we - as we approach to the one hundredth anniversary of the 1916 Easter Rising - to foist compulsory English in place of compulsory Irish in the state system of this country?"

We will be able to judge their bona fides in the Heads of Bill for the new Irish Language act promised shortly by this Government, and for which they asked submissions almost two years ago. The Coimisinéir lists two things - that will incur no extra spending - that will demonstrate their good-will.

1. To copperfasten in the Act that every employee dealing with the Gaeltacht community be proficent in the language.

2. The the position of Irish in staff recruitment to the public service in general be dealt with clearly.

Can we say that the actions of Government and the Civil Service today will be any different than those who have occupied positions of responsibility since 1928? Has our experience of the policies of the current administration led us to expect otherwise?

What do you think?

The text in Irish in HTML on An Tuairisceoir: Óráid an Choimisinéara Teanga, Seán Ó Cuirreáin, i nGaelchultúr/Coláiste na hÉireann!
Posted by Eoin Ó Riain at 12:38 AM