A frightening event has taken place in the last few days. It has been reported in the Irish Daily Mail this morning!

As many are aware a Bill on the Gaeltacht is being rushed through the Oireachtas by the Department of Arts, Heritage and the Gaeltacht Junior Minister Dinny McGinley. Few if any Gaeltacht Voluntary body, community group or Irish Language organisation or indeed Language Planning Expert is in favour of this bill with Senator Seán Barrett describing it as the worst prepared and worst intentioned Bill to come before the Seanad in a long time. A good examination on the legislation appeared in the Irish Times recently. 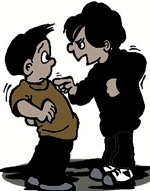 Indeed this bill, is the first bill on Irish or the Gaeltacht has not been passed unanimously by the Oireachtas. Acht na Gealge in 2003 was painstakingly put together and debated in each house and passed with the full agreement of all parties.

Today we learn that a spokesperson for Guth na Gaeltachta, Dónal Ó Cnáimhsí, a gardener in Glenveigh National Park, and who recently spoke strongly advocating the postponement of the passing of this bill on radio, has received a threatening letter, in English, from his employer, the self-same Department of Arts, Heritage and the Gaeltacht. This letter stated that his comments could be interpreted as contrary to his contract with the Department.


In a discussion on the matter spokesmen for various voluntary bodies referred to the fact that many people who disagreed strongly with this bill and afraid of its impact on their districts felt unable to speak out because they were in receipt of funding from the Department. It appears that their fears were very well founded indeed! (See also account on Highland Radio!)

This later article by Conchubhar Ó Liatháin, in the Sunday Independent (22/7/2012) says that The Gaeltacht Bill deserves to be thoroughly debated in every detail.


One wonders how many teachers who protest at the policies of the Department of Education, or nurses who speak out about the HSE, receive letters like this? If they don't why should a gardener receive such a letter from his employer?

Are we living in a fascist state?